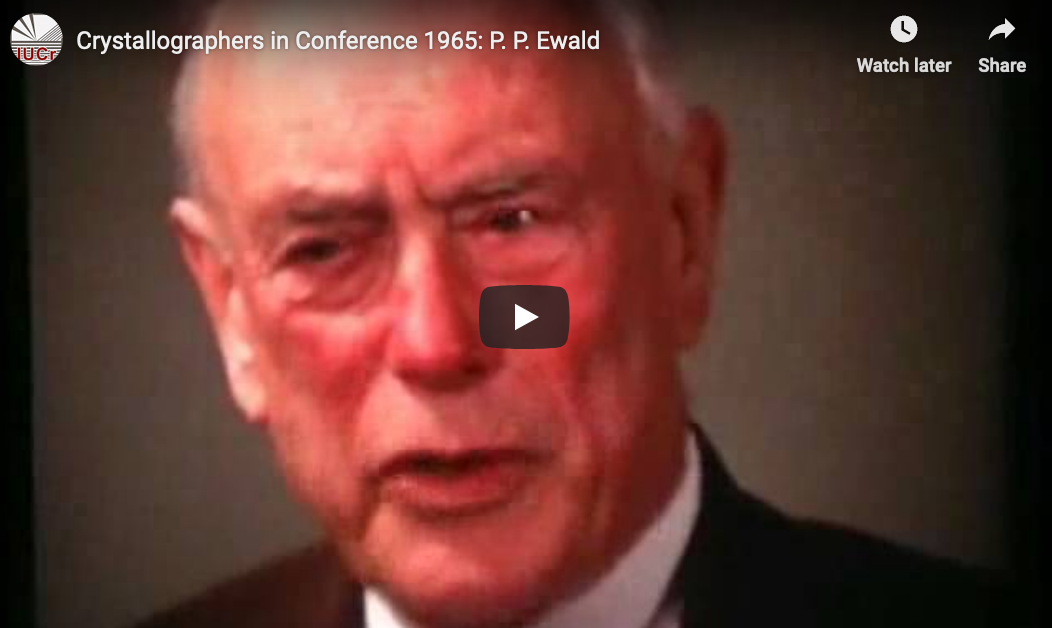 This film was recorded at the International Crystallography Conference, 1965, Melbourne, Australia, by the CSIRO Film Unit in collaboration with the Australian Academy of Science. If you are at all interested in the history of crystallography, and of science in general, I think you will find this video to be 15 well spent minutes.